It’s been about a month since the Pittsburgh Penguins’ goalie attempted a stretch pass 51 seconds into the second overtime of Game 5 against the New York Islanders. It went straight to Josh Bailey, who immediately scored on hockey’s version of a game-ending pick-six on May 24. Game 6 didn’t make things better two days later when Jarry allowed five goals on 24 shots as Pittsburgh was eliminated in the first round.

But still, the Penguins are unlikely to move Jarry. Being realistic, if a goalie is brought in, it’d be someone at a reasonable price that likely wouldn’t provide much of an upgrade.

As it currently stands, the Penguins have $3.206 million of projected space. Backup goalie Casey DeSmith has a hit of $1.25 million, so if he’s moved (which isn’t expected), that would leave Pittsburgh with just under $4.5 million. That’s with Colton Sceviour, Evan Rodrigues, Frederick Gaudreau, and Cody Ceci, all unrestricted free agents. Zach Aston-Reese, Teddy Blueger, Mark Jankowski, and Radim Zohorna are restricted free agents.

Some will leave, yes, but not all of them. Even if they did, those holes would be filled, leaving less space anyway.

Unless Pittsburgh moves someone like Evgeni Malkin, who has an annual cap hit of $9.5 million, there simply won’t be room to get a substantial difference-maker in net. And general manager Ron Hextall has made it clear he does not intend to break up the core of Malkin, Sidney Crosby, and Kris Letang.

Obviously, a guy like Tuukka Rask is completely out of the question. But even going down the list of free-agent goalies, those that might be better than Jarry had a cap hit of at least $3 million. Carter Hutton and David Rittich, who each made $2.75 million last season, are the first to fall below that $3 million mark. Linus Ullmark and Anders Nilsson were next at $2.6 million.

Of course, Pittsburgh could part with Jarry, taking his $3.5 million off the books (if the hypothetical trade partner takes on his full salary). But that isn’t likely, since the Penguins see Jarry bouncing back next season.

Looking back, it’s easy to think Jarry folded. The blunder at the end of Game 5 will be discussed through the offseason and will likely be mentioned when he meets with the media in training camp. Game 6 also did him no favors. But the Penguins think he provides the best chance at making a run. In fact, they believe he was unfairly pinned as the only culprit for their early exit.

Defenseman Mike Matheson was maybe the most publicly supportive.

“It doesn’t affect the confidence that I have in him. No chance,” Matheson said during the Penguins’ final media availability on May 28. “I think he’s one of the best goalies in the league. I know that there’s been a lot of attention, and a lot of blame on him, through the series. But I think that’s unfair.

“It’s a team game. Through each game, we made a lot of mistakes throughout the lineup. To be able to think that you can narrow it down to one person or one position, or whatever the case may be, is unfair, I think. It’s six games of back-and-forth play. At the end of the day, they got the best of it. There’s a lot of reasons for that. It’s not just one.”

Looking just at the numbers, Jarry was the primary reason the Penguins didn’t make it past an opening-round series for a third straight season. His SV% didn’t go above .893 in the final four games. He was outclassed by rookie goalie Ilya Sorokin in Game 1, giving up four goals glove side in a 4-3 overtime loss.

The Penguins thought they controlled the series, particularly 5-on-5, making Jarry the target. But on chances allowed, they felt Jarry was left out to dry.

Blame to Go Around

With better goaltending, the Penguins would have advanced. But that would also be true if the top line of Crosby centering left wing Jake Guentzel and right wing Bryan Rust combined for more than four goals. Crosby had a goal and an assist in the six games. Rust had three points (two goals, one assist); Guentzel had two (one goal, one assist).

Yes, Jarry was the main reason the Penguins lost. But he was expected to be a piece of the puzzle, not the key to a long run. That top line was the key and didn’t come through.

“At the end of the day, like I’ve said previously, you win as a team, you lose as a team,” Letang said May 28. “We were not capable of getting an extra goal. It’s part of the learning process. You go through ups and downs. You have to take away whatever you can to be a better player.

“I did not have a chance to reflect or talk to [Jarry] about the series, but at the end of the day, I truly believe he’s a No. 1 goalie that got the job done for us all year long. It’s been two years that he’s been one of the best at his position. I truly believe we have a great goaltender on our hands.”

It doesn’t matter if fans agree with Letang. It only matters if his teammates, coaching staff, and management do. From all signs, that’s the case. And there’s reason to have that belief.

Production in Relation to Value

Pittsburgh kept Jarry over Murray for the same reason it protected Murray over Marc-Andre Fleury entering the 2017 NHL Expansion Draft. Jarry had similar production at a much lower cost (Murray currently has a $6.25 million cap hit with the Ottawa Senators).

Circling back to finances, it’s all about performance in relation to value. In order for Jarry to be removed as the No. 1 goalie next season, likely by becoming the backup, the Penguins would need to find someone at least as good and extremely affordable. He is an NHL goalie with a career 2.66 GAA and .912 SV% at a cap hit of $3.5 million. It’s just not happening. 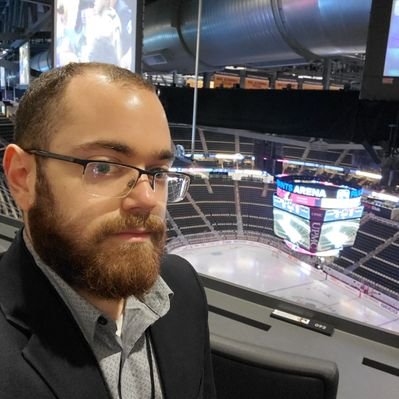 Wes Crosby is a freelance reporter, covering the Penguins for THW and serving as NHL.com’s Pittsburgh correspondent since 2013. He has also covered the Pittsburgh Steelers and Pirates for the Associated Press since graduating from Duquesne University in May 2013. During his tenure with NHL.com, Wes covered the Penguins’ two most recent Stanley Cup runs in 2016 and 2017.

This article was originally published by Thehockeywriters.com. Read the original article here.